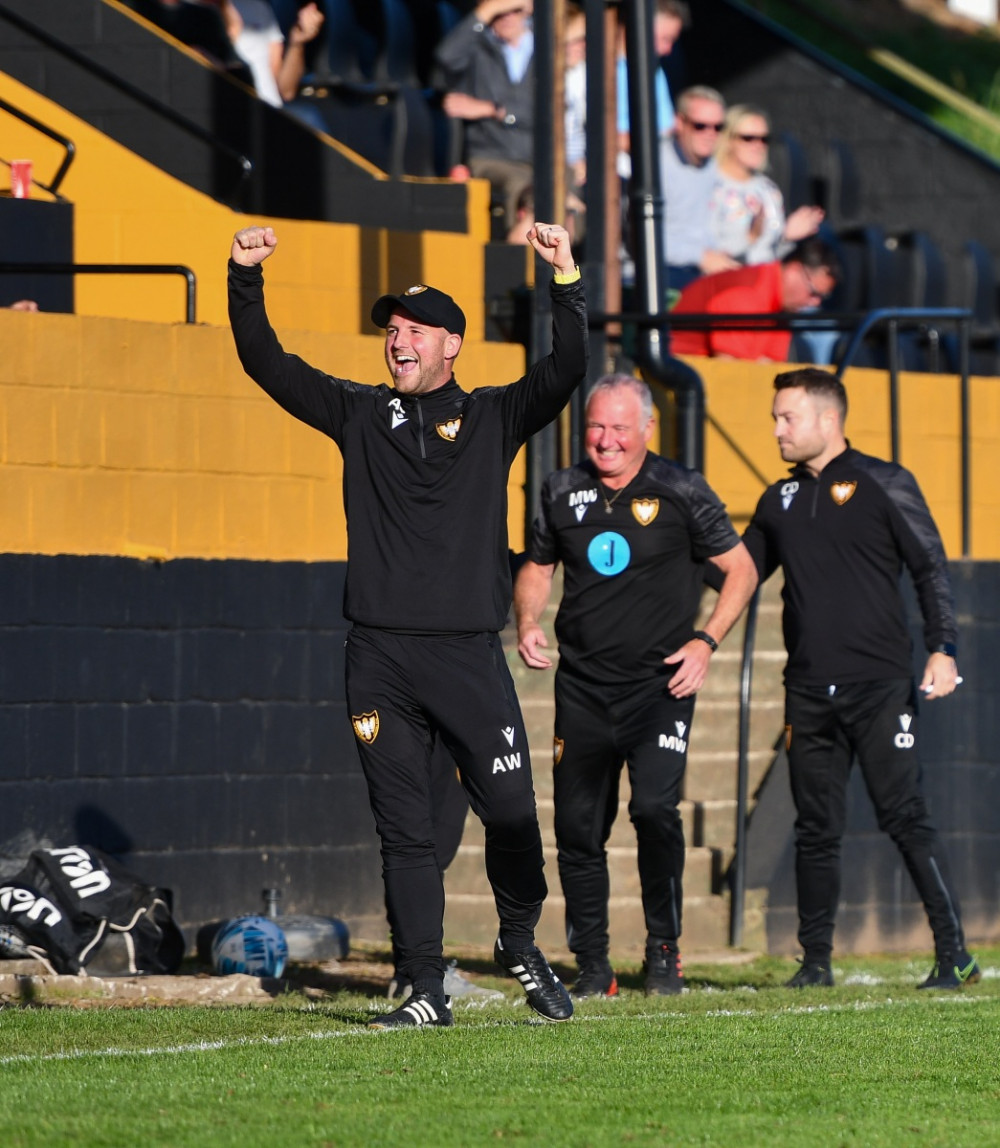 Falmouth Town manager Andrew Westgarth was 'absolutely delighted' with his side's 1-0 victory at home to Shepton Mallet on Saturday.

Right-back Scott Kellow, who returned to the side following a one-match suspension, headed home the only goal of the game in the 52nd minute of the Western League encounter at Bickland Park to give Town their second home win in three days.

Shepton Mallet, who had won all but one of their nine league games prior to kick-off, threw everything at Town in the dying minutes but the hosts held on to record their third league victory of the season and end a run of seven league games without a win.

Town remain 14th in the Western League Premier Division despite the victory, but Westgarth's side are now just three points off the top seven, and the Town chief was thrilled to see his side record a league win once again.

"I'm absolutely delighted," he said after the game. "It's been such a long time since we've won in the league, I think it was the end of August so to win today was the most important thing and three points is absolutely huge for our season.

"It was nice to win against a top side and a big side and I'm absolutely delighted for the boys because this is a tough and unforgiving league. They asked us a few questions but the boys can take so much credit from today.

"There were a few things I wasn't happy with against Bude in the first half [on Wednesday] and we weren't really at the races, whereas today I thought we started the game so well: passing the ball out from the back, we moved it well and we had chances and the boys deserve that. That was a massive win for us."

Having not scored for Town since 2020, Kellow would have been an unlikely pick for a match-winner before the game, but a match-winner he was in the 52nd minute when the right-back arrived in the box to nod in from Tom Annear's cross.

Luke Barner kept a chance alive on the left of the box before hooking it out wide to Town skipper Annear, whose cross was met brilliantly by Kellow, who guided the ball into the bottom corner from 15 yards out.

"What a header [from Kellow], but it all comes down to delivery. I think we were guilty of that in previous games, our delivery hasn't been good enough and if you're putting balls in good areas people will score or we'll definitely get chances. I'm looking forward to seeing that one back because it was a header from distance as well."

Shepton Mallet pushed forward in the final minutes in a bid to rescue something from the game but Town's defence remained resolute and held on for the points – something that would have been especially pleasing after letting a two-goal lead slip at Ilfracombe Town last weekend.

"Ilfracombe was a sore one to take, we were in a commanding position at 2-0 up, and like most teams in this league they have strong spells at the end of the game [and they scored twice from it]," Westgarth said.

"We rode our luck a little bit at times [on Saturday], we had to make some last-ditch tackles and I think there were a couple off the line – or it felt like it – but the only way you learn from stuff is digging in and getting out there and doing it. I'm absolutely delighted for the lads and the way they controlled the game in the last five minutes."

Falmouth are on the road next Saturday when they face Bitton, who currently sit bottom of the Western League Premier Division