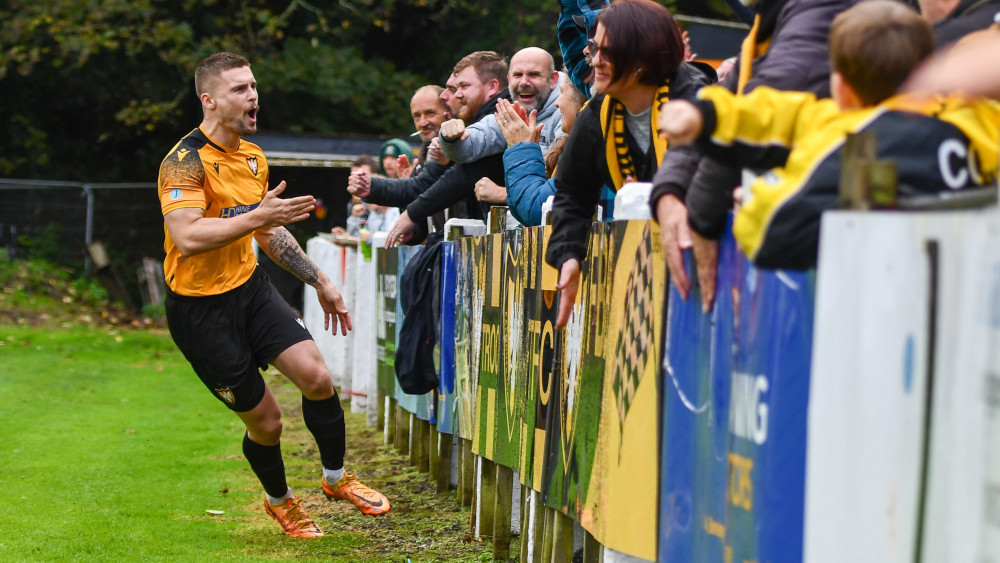 Falmouth Town booked their place in the second round proper of the FA Vase for the fifth year running after defeating rivals Helston Athletic 2-1 at Bickland Park.

Jack Bray-Evans put Town in front from the spot after eight minutes before Luke Brabyn, returning to the side after serving a three-match ban, doubled the hosts' lead on the half-hour with a fine finish from Olly Walker's cross.

Tom Payne halved the deficit for the Blues shortly before the break from a free-kick, but Town held their nerve after the turnaround to claim victory and seal their spot in the next round.

Town, who end a five-game winless run against the Blues with the victory, will now await the draw for the second round proper on Monday afternoon.

Town controlled the opening 45 minutes and their early efforts were rewarded after only eight minutes when Luke Barner was hauled down in the box by Cory Harvey. The referee pointed to the spot and Bray-Evans duly fired the ball into the bottom corner for his sixth goal of the season.

Falmouth were in no mood to rest on their laurels and instantly went back on the attack, with Walker sending a shot narrowly wide before Barner's header from Bray-Evans' cross clipped the top of the crossbar.

Helston were limited to fairly little but still posed a threat at the other end. Ryan Barnes was called upon to block Rubin Wilson's near-post strike before racing out to deny Rikki Shepherd later in the half.

But the next goal did indeed come from the hosts, however, as they found the crucial second goal their first-half efforts deserved. The energetic Walker wriggled into some space on the right flank and delivered a devastating cross for Brabyn, who got in front of his man and smashed it into the top corner on the half-volley.

But the Blues, despite being second-best for the majority of the first half, found themselves right back in it in the 42nd minute. Town gave away a free-kick in distinctly Tom Payne territory on the edge of the box and the Blues midfielder duly arrowed it into the bottom corner.

Helston enjoyed the lion's share of possession in the second half as they searched for an equaliser, but clear-cut chances were few and far between. Barnes palmed away Payne's strike from distance while Wilson skewed another effort wide as Town's centre-halves James Ward and Tom Annear dominated in the air.

It was Town who looked the more dangerous on the break, with Bray-Evans having a shot saved at the end of a fine passing move before Barner looked set to score after taking the ball past Harvey, only for the Blues custodian to recover and block the strike with his leg.