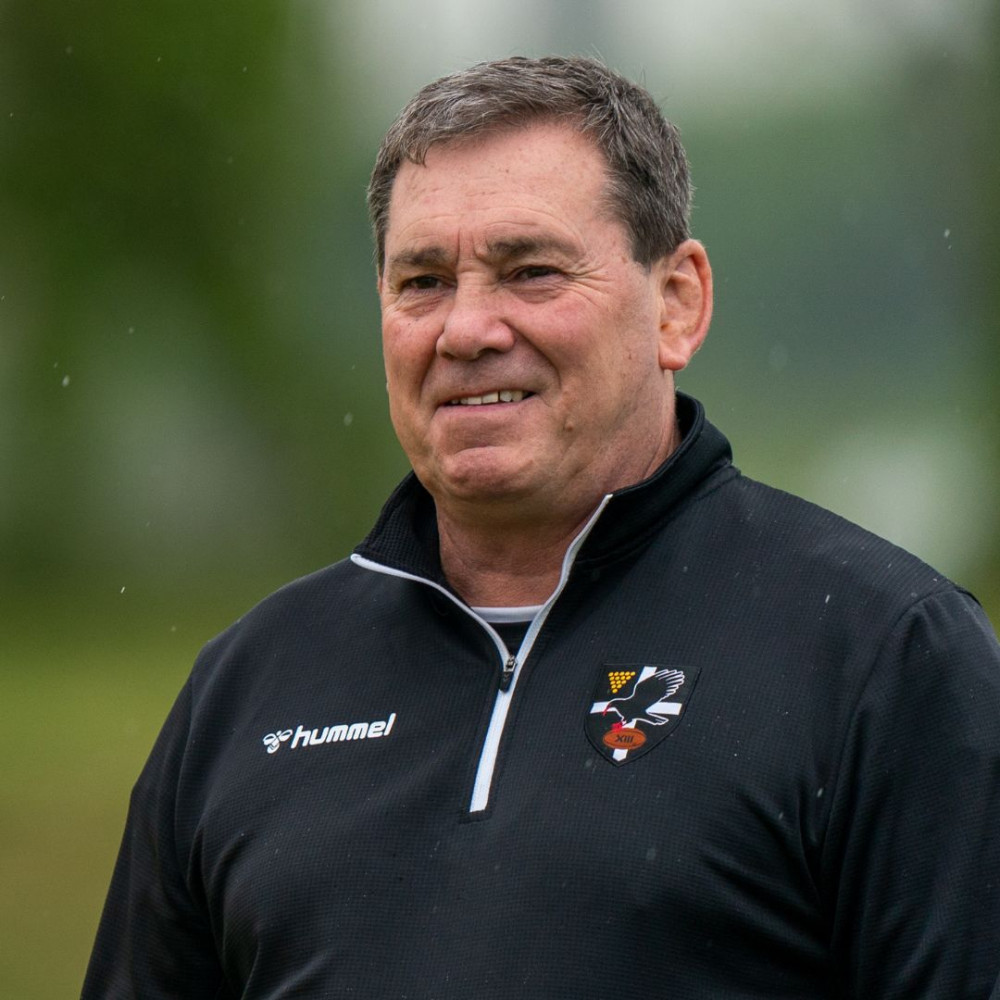 Cornwall RLFC has announced that Neil Kelly has left his position as head coach of the club.

Kelly was appointed as the Choughs' first-ever head coach back in December 2021 but due to time spent away from his family, the 60-year-old has opted not to return for the 2023 Betfred League 1 campaign.

In a statement, the club said: "This decision was 100 percent amicable between both parties and Neil leaves with our very best wishes going forward.

"The club would like to place on record our sincere thanks for the job Neil has done over the past 11 months.

"He was handed the task of leading Cornwall into our first-ever professional season and built a side and a squad from scratch in a very short period of time that evolved as 2022 progressed.

"Neil provided the club with stability during its infancy and laid firm foundations which we know will be built upon in years to come.

"His name is forever etched in Cornwall RLFC history as the coach that led the club to its maiden triumph in June and will always be welcome back at the Memorial Ground in the future."

Cornwall RLFC says it will make an announcement on its new head coach for next season in due course.