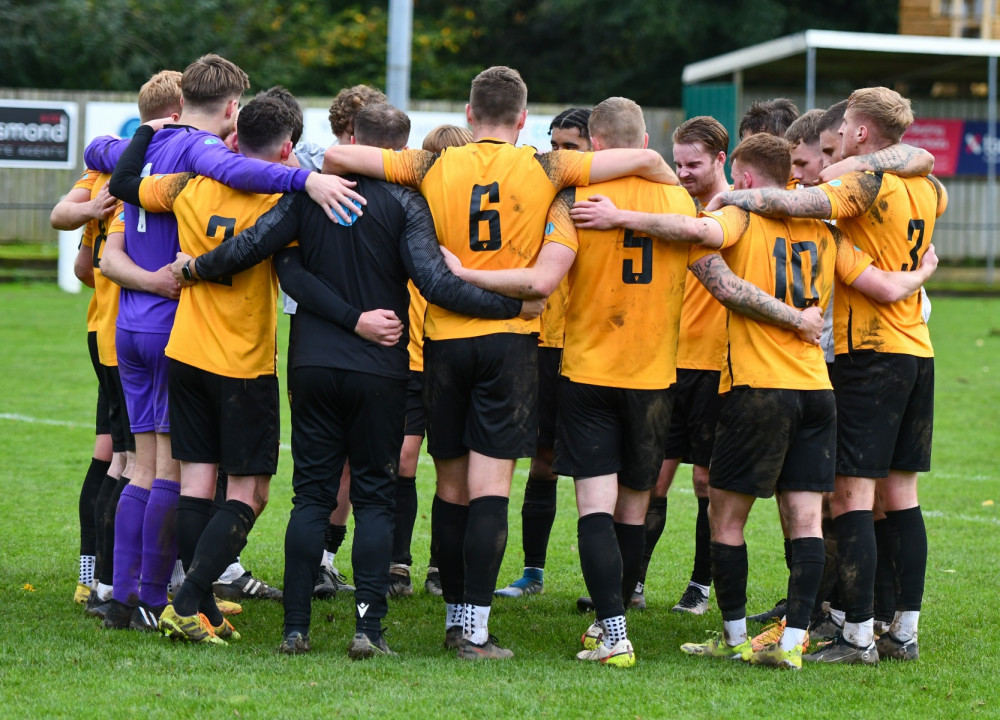 Falmouth Town will look to continue their climb up the Western League table when they welcome Keynsham Town to Bickland Park on Saturday (kick-off at 3 pm).

Andrew Westgarth's side, who are on a run of one defeat in their last eight games, secured their spot in the FA Vase second round proper for the fifth year running last weekend when they defeated local rivals Helston Athletic 2-1 on home soil.

With their cup exploits on the back burner for a couple of weeks, Town now return to Western League action, with a run of four successive home league games beginning on Saturday with the visit of Keynsham, with Street, Ashton & Backwell United and Sherborne Town all making the trip to west Cornwall next month.

Victory on Saturday will see Town, who currently sit 14th in the Western League Premier Division, climb potentially as high as eighth, while Keynsham could move off the foot of the table if they can take anything away from Bickland Park.

Under the stewardship of former manager John Allen, Keynsham recorded a tenth-place finish last term in their first full season back in the Western League Premier Division, following their Division One title-winning campaign in 2018/19. The Somerset outfit, who now have a management partnership with Total Pro Soccer, have been ever-present in the Western League since their arrival in 1973.

The Ks' 2022/23 campaign is yet to really get going, with the Somerset side sitting bottom of the now 19-team premier division following the recent resignation of previous basement dwellers Bitton.

Keynsham took one point from their first seven games – which included an 8-1 hammering at home to leaders Bridgwater United – before a watershed 4-0 win at home to Wellington was followed by a 1-0 triumph at Sherborne Town.

The Ks then made it three games unbeaten after holding Falmouth to a 1-1 draw in the reverse league fixture on September 17, but that run is now a distant memory with Keynsham having suffered six successive losses since that game.

Keynsham have scored 20 goals in all competitions this season, with Jemar Thomas and Owen Brain leading the way with four strikes each, while Sahr Nanoh, Brandon Oputeri, Henry Sady, and Will Sage have netted two goals apiece.

"I think it's the start of a good little run of home games for us, I think it's six of the next eight and four in a row at home so it's an important period for us. It's good that we've done so well in the cups but we want to get a good run in the league now and start climbing that table.

"If you look at how tight the league is, there's nine points between bottom and seventh which is unbelievable. It's so tight down there and you've only got to look at Keynsham who are bottom but have only won one less game than us. Obviously, we're disappointed with the Bitton win being taken off us, but it's no gimme that [Saturday] is going to be a walk in the park.

"[The 1-1 draw at Keynsham] wasn't that long ago. I thought we played quite well up there and no disrespect to them but it felt like two points dropped for us because we had enough chances to win that game of football. It was a bit of a frustrating afternoon. I suppose you could see it as a point on the road but it's a game we should have won, but hopefully, we can put that right on Saturday.

"They were on a little bit of a run then but they've died off a little bit since, whereas we've been on a half-decent run. A lot of those have been draws or cup wins, so we need to start getting points in the league. This is probably the most important period of our season now."