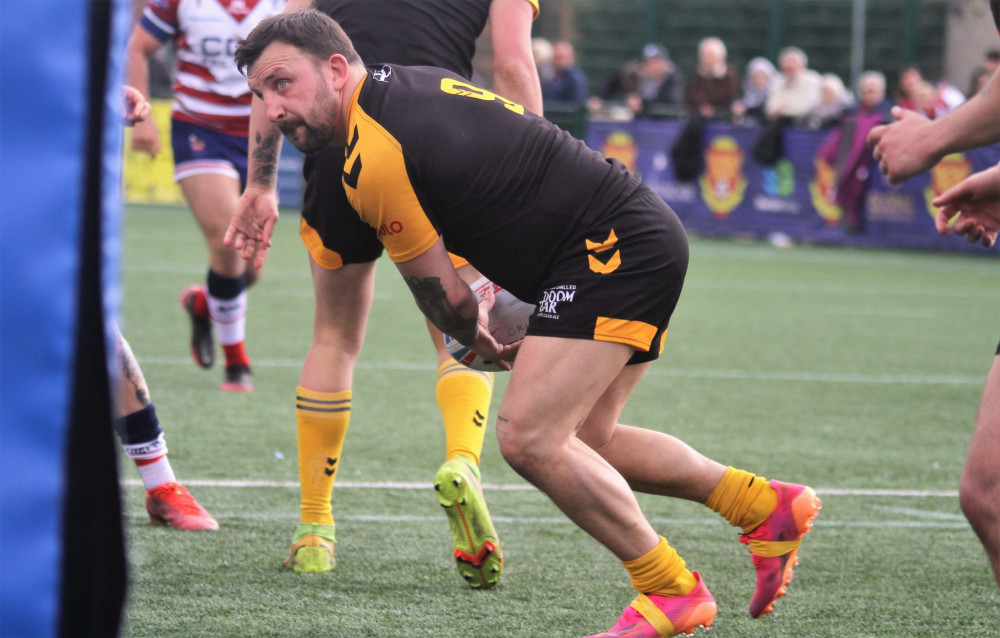 A spirited comeback from Cornwall RLFC proved to be in vain as Oldham Roughyeds prevailed at a sun-drenched Vestacare Stadium to register their second win of the season.

Although the Choughs trailed 30-6 at the turnaround, they scored three tries in the second half with Oldham matching the efforts of Neil Kelly's side.

Before the break, a fine finish from Liam Whitton opened Cornwall's tally but Oldham were in a position of superiority which they never looked like relinquishing despite Cornwall's late flourish.

Whitton returned to the starting line-up after serving a two-game suspension while Josh Hartshorne, missing for the Doncaster defeat, was back in the second-row after recovering from illness.

Skipper Jamie Prisk was only fit enough for the bench as his recovery from a hand problem continued while Bradford Bull Sam Arundel started at centre as part of Cornwall's dual-registration agreement with the Odsal side.

With Oldham smarting from a derby defeat to Rochdale on Good Friday, Stuart Littler's men raced from the traps but they found Cornwall a tough nut to crack during the early exchanges.

However, the hosts finally broke through after 11 minutes when Cornwall were unfortunately pinged on the last play for offside. From the resulting tap penalty, the ball was spun wide and Kian Morgan slid over. Martyn Ridyard added the extras and Oldham were up and running.

Cornwall were then dealt a blow just shy of the 20 minute mark when Jack Ray was forced off injured and with the visitors still regrouping, home prop Luke Nelmes spotted a gap in the Cornwall line and eased over. Ridyard, who didn't miss a kick all afternoon, knocked over the extras.

The floodgates started to open for Oldham as they extended their advantage shortly after as scrum-half Logan Astley, on loan from Wigan, twisted and turned to cross.

To compound Cornwall's woes, Aaron Thomson limped off with a knee problem before a marginal refereeing call saw Oldham score again. Merry whistleblower Liam Rush spotted a knock-on with Cornwall looking to break from deep. The scrum went down and Oldham shipped the ball to prolific full-back Owen Restall who scored his 10th try of fruitful season so far.

Cornwall failed to crumble and scored a brilliant try before the break through the returning Whitton. Showing dynamic footwork, the former Leeds Rhinos academy graduate went in under the posts and Kyle Johns converted.

But Oldham delivered a hammer blow after the half time hooter had sounded when a long ball found the onrushing Restall who did the rest for try number 11 in 2022.

The points were virtually wrapped up by Oldham five minutes into the second stanza when Rush seemed to not see a blatant knock-on from Dave Hewitt whose juggling act led to another try.

Cornwall hit straight back again and Aaronson turned on the afterburners to race 90 metres to score a wonderful length of the field effort but Johns couldn't add the extras.

The game was end to end at this stage and Cornwall's collective tails were very much up. However, after returning the restart with several powerful carries, the ball was spilt and in the blink of an eye, Tom Forber was over after sniping through from dummy half.

Although the game was now out of sight, Cornwall finished the final quarter much the stronger. After 62 minutes, the visitors were denied what would have been the try of the match. Sweeping the ball from right to left, winger Coby Nichol touched down but play was pulled back for a foot in touch, much to the surprise of the 621-strong crowd.

Cornwall finally did cross again 10 minutes from time when Aaronson bagged his second score of the afternoon and fourth in total this season. Mullally ran hard at the Oldham defence to find Cornwall's ace finisher who did the rest.

Oldham made a hash of the restart and Cornwall took full advantage as Mullally powered over to bring the deficit down to just 20 points.

At full time, Cornwall once again left the field to a stirring round of applause from the home fans who knew their side had been given a stern test by the ever-improving Choughs.