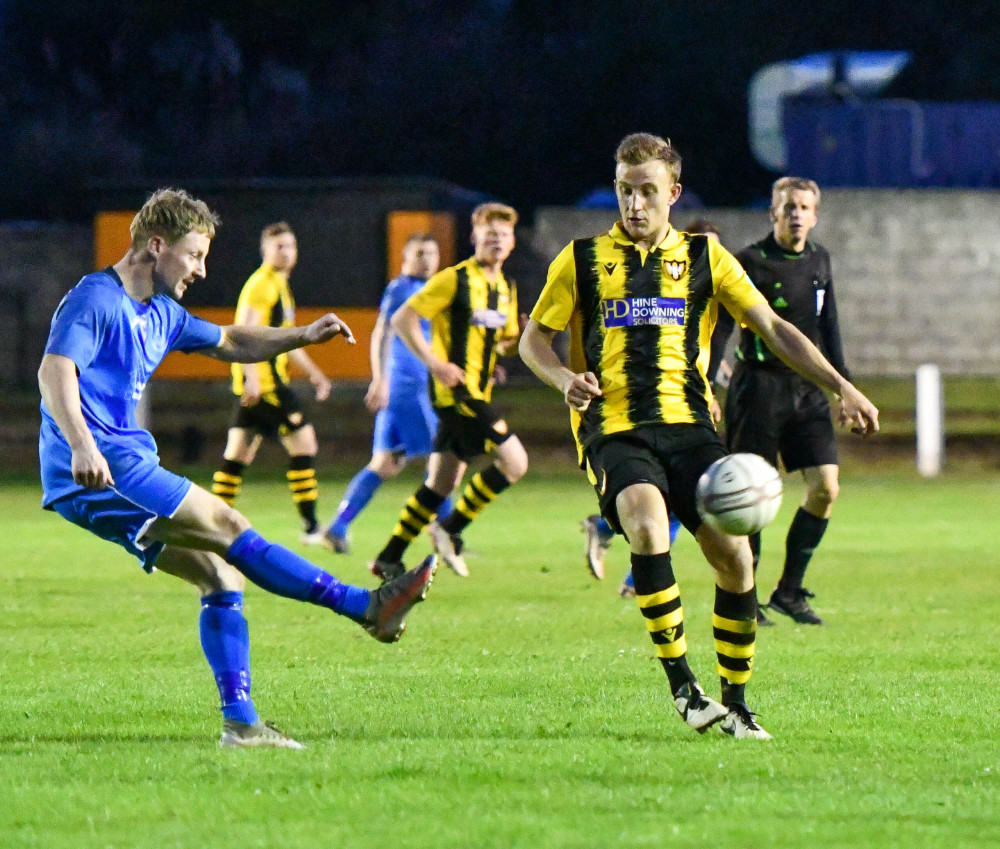 Falmouth Town recorded their first draw of the season in their penultimate league outing as they were held to a stalemate by Liskeard Athletic on Tuesday night.

As is customary, and as a sign of respect from their nearest challengers for much of the season, Falmouth walked out onto the Bickland Park pitch to a guard of honour from Lee Mann's side.

Although they had got the better of them across the campaign, Liskeard matched Town on the night to ensure Andrew Westgarth's dropped points for only the second time this season, all but securing the runners-up spot ahead of Wendron United as a result.

Westgarth made one enforced change from the side that defeated Newquay 3-2 on Saturday, with Tom Annear, who sustained a head injury against the Peppermints, making way for Kirk Davies.

There was also space among the substitutes for Tavistock forward Liam Prynn, who is dual-registered to Town.

Following a quiet opening ten minutes it was Liskeard who almost drew first blood when Fin Bartlett was allowed to shoot narrowly wide of the far post.

Town shortly went up the other and came even closer to opening the scoring from a corner. James Ward headed Luke Barner's delivery back across and Jack Bray-Evans volleyed it at goal, with a blue shirt blocking the effort on the line.

The teams traded blows later in the half with Bray-Evans nodding wide from Alex Wharton's dangerous cross before Barnes did well to palm Max Gilbert's goalbound free-kick away to safety.

The hosts looked to turn the screw before the break but to no avail, with a vital intervention snuffing out Tim Nixon's low cross before Blues gloveman Luke Gwillam emulated his Town counterpart in parrying Barner's free-kick away from danger.

Another slow start to the second half soon burst into life when Ward was caught late by a Liskeard man, with defender Davies being sin binned and coach Charlie Davis being sent to the stands after both took exception to the challenge.

The Blues, needing a win to mathematically guarantee second spot ahead of nearest rivals Wendron, looked to seize the initiative while they had the numerical advantage, with James Lorenz and Gilbert both shooting well over Barnes' bar.

Westgarth introduced the attacking trident of Luke Brabyn, Jack Bowyer and Prynn in an attempt to crank up the pressure, but it was Liskeard who almost stole it at the death when Matt Outtram nodded wide from Jarrad Woods' corner with three minutes to play.

The last chance fell Falmouth's way as Bray-Evans broke through the defence in the first minute of stoppage time, but the forward, hunting a 40th goal of the campaign, dragged his shot wide of the left post.

Valuable experience for Falmouth Community youngsters after match at Bickland