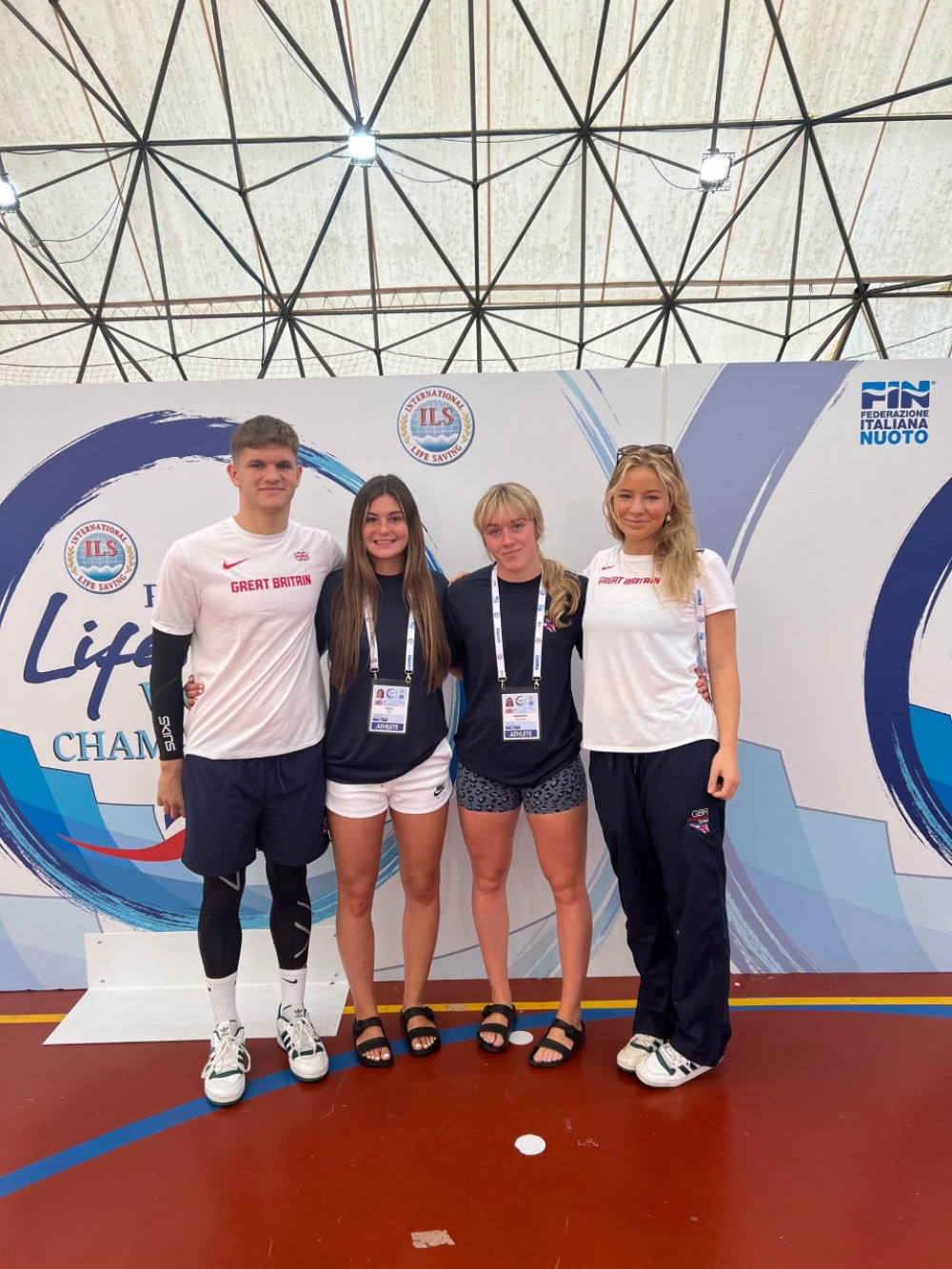 Four athletes from Gyllyngvase Surf Life Saving Club, based in Falmouth were selected to represent Great Britain at the Lifesaving World Championships - held in Riccione Italy between 27 September to 2 October.

Competing against the very best from around the world, the Gylly athletes performed exceptionally well, with Thomas becoming a World Champion with his teammates in the 4 x 50 Obstacle Relay, in a very exciting race against the Australians and the Italians, which also saw the team break the British record. Thomas also just missed out on further medals with 4th placed finishes in the Taplin Relay and the Surf Swim.

Mia Rule also had a great event contributing hugely to the overall team, with stronger performances in the Board Rescue event finishing 9th overall and making the highly competitive surf swim final which contained World and Commonwealth swimming talent.

Anya Hocking was a huge part of the youth team's success, making surf swim finals and multiple top 10 finishes in team events. Anya also earned herself a world medal finishing 3rd in the beach sprint relay with her teammates.

The team's coach Matthew Trebilcock reflected on a successful championship, "As a club Gyllyngvase is very proud to have had 4 representatives in the 24-person GB team and all the hard work of training that could be seen taking place off Gyllyngvase Beach most days had paid off."

"Attention now turns to the European Championships in 2023, where we hope to have even more of our dedicated athletes representing their country," Mathew added.