Stunning free-kick helps Falmouth into next round of FA Vase 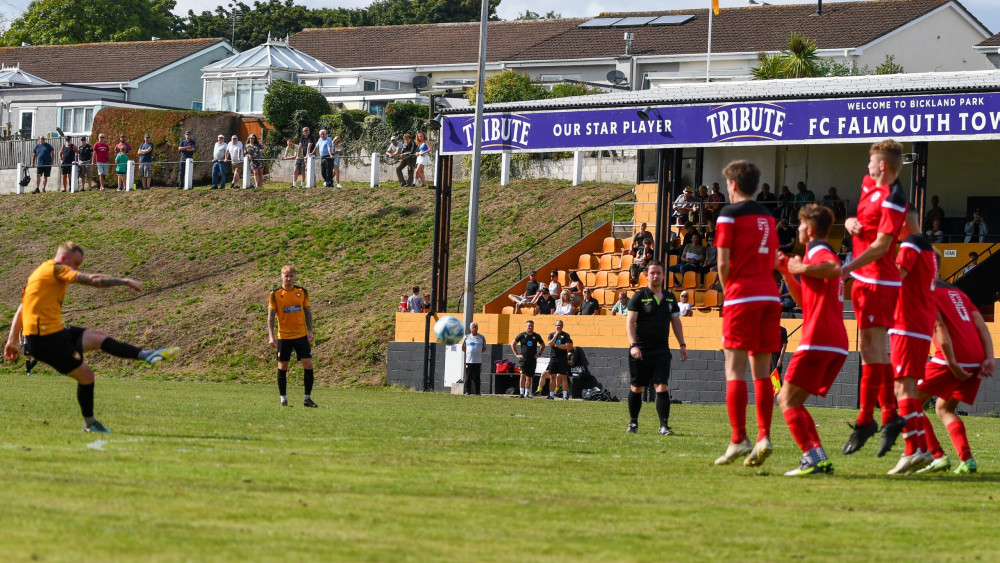 Annear smashes a free kick in for Falmouth.

Falmouth Town secured their place in the next round of the FA Vase with a 3-1 win over St Austell in their first qualifying round tie at Bickland Park on Saturday.

Tom Annear opened the scoring early in the second half with a stunning free-kick before Tim Nixon's cool finish put Town in control.

Town will collect £550 prize money and will now welcome St Austell's fellow SWPL side Launceston to Bickland Park in the second qualifying round next month.

The hosts dominated possession for much of the opening 45 minutes without making life too difficult for visiting gloveman Brett Allen, who did have to pull off a fine reaction stop to deny Luke Brabyn after ten minutes.

Cam Hutchison, Jack Webber and Alex Wharton were all off target for Town before Allen almost gifted the home side a goal when he spilled Brabyn's shot on his line, with the Lillywhites man recovering to take it off Luke Barner's feet in the nick of time.

St Austell were restricted to very little in the first half but almost took the lead against the run of play shortly before the interval, with George Marris cutting in from the left and drilling the ball a matter of millimetres wide of the far post from 20 yards.

Town had to wait fewer than four minutes after the turnaround to finally break the deadlock – and it was done in style. Barner was brought down on the edge of the box and Annear promptly fired the free-kick into the top corner, leaving Allen with no chance of stopping it.

The hosts' lead was doubled not long after the hour thanks to substitute Nixon, who had only been on the field for six minutes. The winger intercepted a pass on the edge of the box and fed it wide to Barner, who returned the ball into the area for Nixon to sweep into the net.

But St Austell found a way back into the game with 15 minutes to play when substitute Alex Hamley was brought down inside the Town box. Barnes got a hand to Dingle's spot-kick but couldn't stop the strike from kissing the back of the net.

That set up an interesting finale but Town could finally breathe in the first minute of stoppage time when victory was finally sealed. Nixon's corner was headed back into the mix by James Ward, with Edney nodding the ball in from the centre of the box.

The scoreline could have been greater had the woodwork not come to the away side's rescue on three occasions during stoppage time, with Nixon, Brabyn and Edney all denied by either post or crossbar in the dying embers.

Plans for beachfront sauna in Falmouth 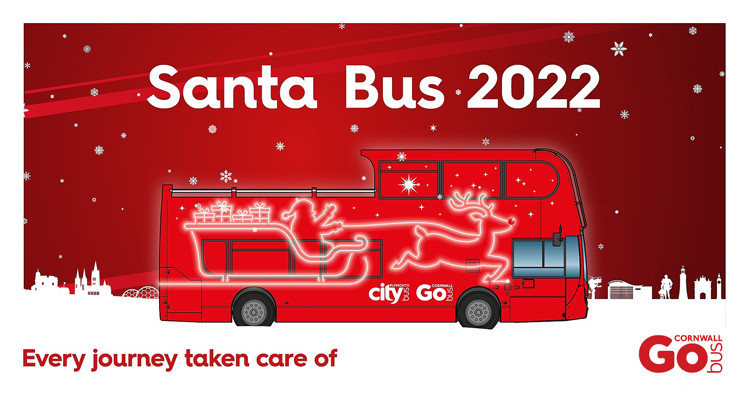 Lanterns and Lights: A festive celebration of light